Conservationists in Nepal say efforts to save the nation's dwindling tiger populations are facing a twin attack.

They have recorded a significant decrease in the number of the endangered species in some of the protected areas of the country.

The bad news comes just as concern is growing over the immigration of traditional hunting and poaching communities from neighbouring India.

During the 10-year Maoist conflict, which ended two years ago, poachers were already active in some conserved areas, cashing in on the absence of army personnel who were otherwise engaged in the conflict with the then rebels. Some of these poachers had been identified as Nepalese nationals.

The recent decline in tiger population, however, has coincided with the arrival of the Indian hunting tribes.

A recent count in the western Nepalese Shuklaphanta wildlife reserve, which shares an open border with India, has shown a decrease of about 50% in tiger numbers from just three years ago.

Initial results of a tiger count in another nearby protected area, the Bardiya National Park, are not good either.

"It is very disturbing news," says Diwakar Chapagain of conservation group WWF, which supported the government in the tiger count.

"More so when there are indications that the tigers did not die natural deaths," he added.

Following the tiger count in Shuklaphanta wildlife reserve, the report submitted by the tiger task force concluded that there had not been a noticeable decline in the tigers' key prey species.

"(Therefore) tiger mortality due to natural deaths and through poaching is worth exploring," it recommended.

But conservationists closely monitoring poaching and illegal trading of wildlife believe they have some explanation for the observed decreases.

They say members of Indian traditional hunting communities - Bawariyas and Beheliyas - have been increasingly moving in after being hounded out by authorities in India.

"From our informers on the ground, we have information that more than 50 Bawariyas and Beheliyas families have entered Nepal and they are now in Nepalese-protected areas and jungles," says Prasanna Yonjan of Wildlife Conservation Nepal, which has helped officials catch illegal wildlife traders and traffickers.

Hem Aryal, the forest officer in Banke district (where the Bardiya National park is located), says he has been tipped off about the arrival of the hunting communities by Indian authorities.

"In one of our recent bilateral meetings, Indian officials with the border security force told us that they had noticed some movement of these hunting tribes in border areas," he said. "We are therefore on high alert."

After arresting an illegal wildlife trafficker recently, Aryal's team is even more convinced that the hunters and poachers are already active in the Nepalese side.

"This trafficker revealed to us that the leopard skin he was carrying was given to him by Indian hunters; their description perfectly matched with what the Indian officials have told us," he said.

Let's Get 7 in IELTS

BBC How to Programme (1) 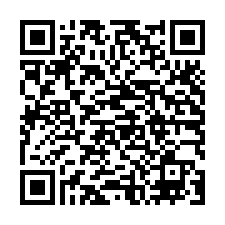